As an art teacher, nothing is more ire-inspiring to me than the proliferation of prodigy propoganda.

We see them everywhere on social media – young children with extraordinary amounts of training by experts at such a young age, that we mistake them for being magical. They show up online with top notch production value created largely by parents or relatives who are experts in the field in which the child is excelling.

It does not help that these supposed “prodigies” successfully exploit the viewer’s ignorance on the topic at hand, whether it be singing, violin playing, composing, dancing, mathematics, or any other impressive technical feat in order to dazzle their audiences with their “innate” talent.

The belief in prodigies is harmful to the general education of all. Many of us find it easier to think of these prodigies as having magical genes, as it relieves us of our own responsibility to work incredibly hard under master tutors in order to achieve our artistic dreams and comparable results.

The child is a “prodigy” due to a combination of hard work and access to advanced and specialized knowledge and tools at a young age.

Mozart is perhaps the most famous prodigy. He is known to have, at the age of 14, performed a musical feat both impressive and illegal. He transcribed, from hearing only once Allegri’s famous work, Misere. This was a crime as the rights to this work were severely restricted, and there were only three known written copies in existence, one each owned by the King of Poland, the Holy Emporor Leopald I, and the Vatican.

Are you enjoying this article? Join our popular newsletter for more art delights!

The music of Misere was a trade secret, commissioned by Pope Urban VIII, and for more than 140 years it could only be heard by attending service in the Sistine Chapel. Anyone caught with unauthorized copies would face the displeasure of the Catholic church, and likely excommunication – a fate worse than death for the devout. Luckily the Pope was lenient in this case, and named young Mozart to the Chivalric Order of the Golden Spur for his pluck.

On the surface, this seems an absolutely amazing feat by a prodigy. A child of 14 transcribed, after listening to only once, a 5-part choral work, with only one other listening session to correct his mistakes.

But one must understand how well-trained Mozart was at a very young age. His father was not only a master musician, but had practiced teaching music at high levels to all of Mozart’s older siblings, starting intensive training younger with each successive child. By the time Mozart was born, his father had refined his pedagogy for teaching young children, and Mozart had the temperament to spend long hours practicing and studying music.

The result is that by the time Mozart was 14, he had been practicing transcribing music by ear for many years, developing an aural memory that was masterfully displayed that day he stole the Pope’s Misere.

If Mozart’s father had believed that music was a magical talent that descended on pre-ordained lucky children (like how he marketed young Mozart), Mozart would have never been a competent musician at all. His father knew that good pedagogy and training was required to produce a talented musician at a young age, and then he exploited the ignorance of the masses about how music is taught and learned to create a profitable career for his son.

Art done with technical skill is no different. The young students creating realistic imagery throughout the world have good training and lots of it.

The best known art “prodigy” is probably Pablo Picasso, whose father was a very well-trained painter, and who trained Picasso in technical drawing and painting lessons from a very young age. Picasso’s father  was an art teacher at the Escuela Provincial de Bellas Artes and started giving art lessons to Pablo in 1888.

(Another interesting Picasso fact is that the Prado museum showcases a drawing by Picasso that is mislabeled as a cast drawing. It is actually a copy of a drawing from a 19th century French drawing course called the “Charles Bargue Drawing Course”. Because the knowledge of classical training is so nearly lost today, world experts on Picasso do not have the knowledge to recognize the elements of classical training that Picasso had. Many Picasso experts fail to understand what training Picasso underwent as they do not have it themselves. This leads to many proclamations in museums throughout the world that Picasso was a self-taught artist and child prodigy, both of which are false.) Andrew Wyeth is another artist frequently described as self-taught. In fact, he had some of the rarest and best training the 20th century had to offer. Both his father and grandfather were extraordinarily well-trained, receiving the last vestiges of collective realistic training before it fell out of favor and passing it down the family line. Andrew Wyeth received very good training from his father, and developed it into a wonderfully unique, beautiful, and skillfully rendered world view that still compels audiences around the world today.

Clearly, child “prodigies” work incredibly hard a their crafts to achieve impressive results. But remember also that they have access to knowledge, time, and masters that many other children do not.

Art is not something you just “have” or “don’t have”. Art is a skill that requires focused training under a master to achieve results at the highest levels. So don’t let those child prodigies discourage you from pursuing your artistic dreams, no matter which media they may be.

What are your thoughts on child “prodigies”? Tell me about it in the comments below. 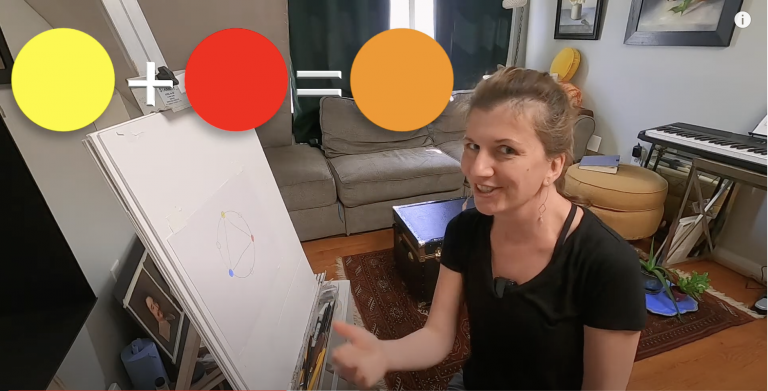 Teaching color theory can be lots of fun with the right resources. But sometimes there is so much contradictory information out there, it’s hard to… 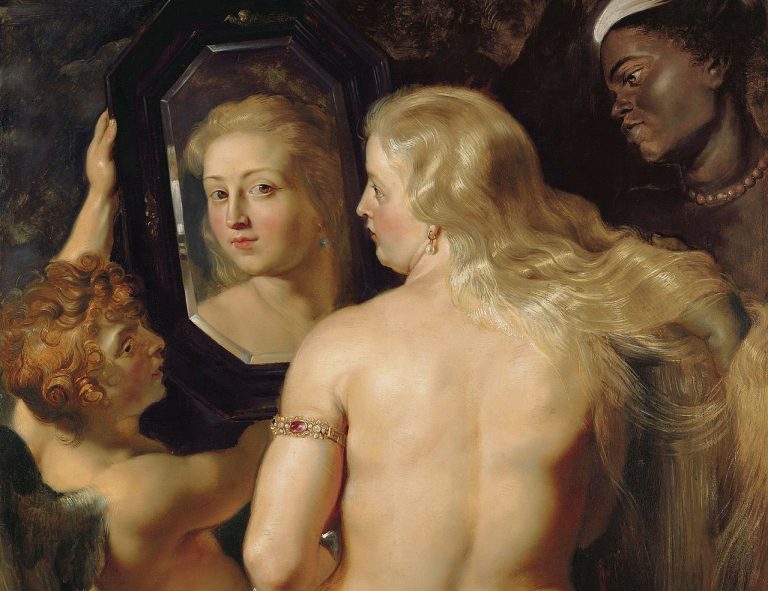 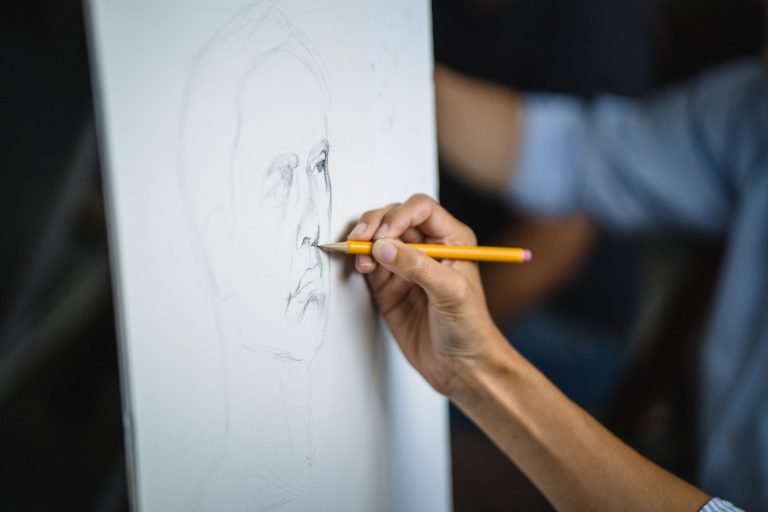 These drawing assignments for high school students are perfect for helping your students learn how to draw at a higher level. Drawing Assignments to Help… 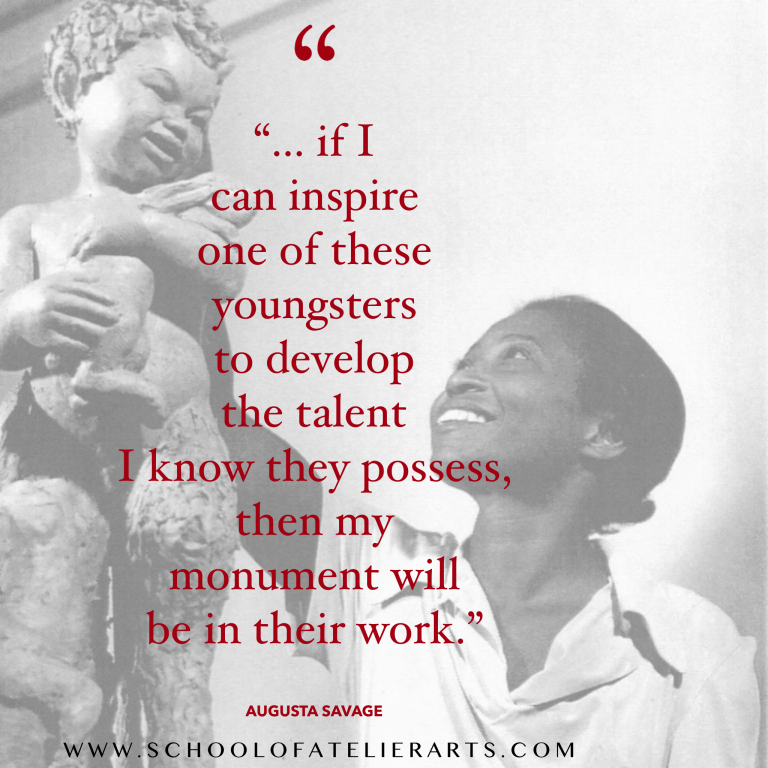 Whether you love it or hate it, portraiture is an important and sometimes required unit for art educators to teach. Here is a realistic drawing…